Last loans from the team

to invest in the purchase of autogenic solder, rods, anticorrosives, and paints for her metalworking business. 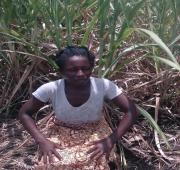 to buy a sugarcane farm so that she grows more sugarcane .

to buy seeds, fertilizers, and pesticides for his work.

$425 to buy a sugarcane farm so that she grows more sugarcane . 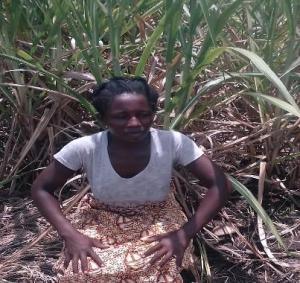 Jane is a 25-year-old entrepreneur who lives with her husband, son, and six in-laws in the Nkhotakota District in Malawi.

Last year she was elected as the district Kiva coordinator for CAMA. She is passionate about helping other CAMA members succeed in their businesses. With her first Kiva loan, Jane bought 12 bags of maize, which she sold to the people in her community.

She used her profit to pay school fees for her siblings and rent a plot where she planted sugarcane. She also opened a rice farm from which she harvested 5 bags of rice. Jane is requesting a second loan in order to buy a sugarcane farm so that she grows more sugarcane .

She plans to use the profit she earns to support her husband to build their house.

Jane will repay the ‘social interest’ on her second loan by volunteering 3 hours per week as a Camfed Kiva Coordinator, using her expertise to mentor and support fellow CAMA borrowers in her community to complete repayment of their loans.

As a Loan Coordinator she has already successfully paid off at least one loan herself, so she understands the opportunities and challenges, and is uniquely positioned to help other CAMA members succeed.